When you hear that someone has been "thinking about their attachments to the world" or talking about things that sound nomadic, you might have a response similar to "hey now, don't get ahead of yourself". I'm not quite to the point of selling all my stuff and hitchhiking across the country, but I've been reflecting a lot over the past few weeks on the things that might be holding me down and preventing me from living out the path meant for me.

The fact that I've been feeling unsatisfied with where I am and what I'm doing isn't exactly breaking news -- if you've read my entries since I started writing regularly here on Hatena Blog, you'll see mentions of this here and there, sometimes driven by financial concerns, other times driven by a desire for self improvement or a career that better suits my passions.

The concept of detachment flies in the face of the concept that the metric of wealth and well-being directly correlates to material and financial gain. When you have things and money (I have some of the former, but very little of the latter), you gain bargaining power and thus can do more of what you want to do.

I've only started thinking about detachment, so I don't really have a lot to say about it yet, but what I do have to say has to do with how I've been feeling.

Owning a house is certainly a mark of maturity or success in transitioning into adulthood. It's an investment, a big chunk of added responsibility, an asset, and fulfills one of the basic human needs of having shelter. It's also a place to put your stuff. Yeah, stuff. I've certainly got plenty of it, mostly odd electronics bits and bobs and remnants of old projects and just random other stuff.

But as my thoughts turn towards pursuing a better calling -- I've thought a lot about my role to play as a Christian, as a security reseacher, as a programmer, as an artist (of sorts).....but also as a friend, a family member, a neighbor -- the things I've accumulated have started feeling like a weight holding me down. I'm not living paycheck to paycheck but I do have debt. I'm a person who loves to explore and try new things and some of the things calling out to me would be very hard to try while still holding onto my stuff.

Sorry, I think I've gotten a bit off-track talking about this. I have to say though, it's becoming clearer that I would be better off by letting go of some things, paying down some of my debt, and reducing my attachment to the world, if only for the benefit of more freedom to search for my calling.

So I had this dream a few weeks ago where my bathroom was all decorated with lake-side beach theming and ever since I brought it up to my mom, she's been on the lookout for things like that, sometimes randomly stopping by after finding something. Today she brought over a large conch shell, which is currently on top of the medicine cabinet. 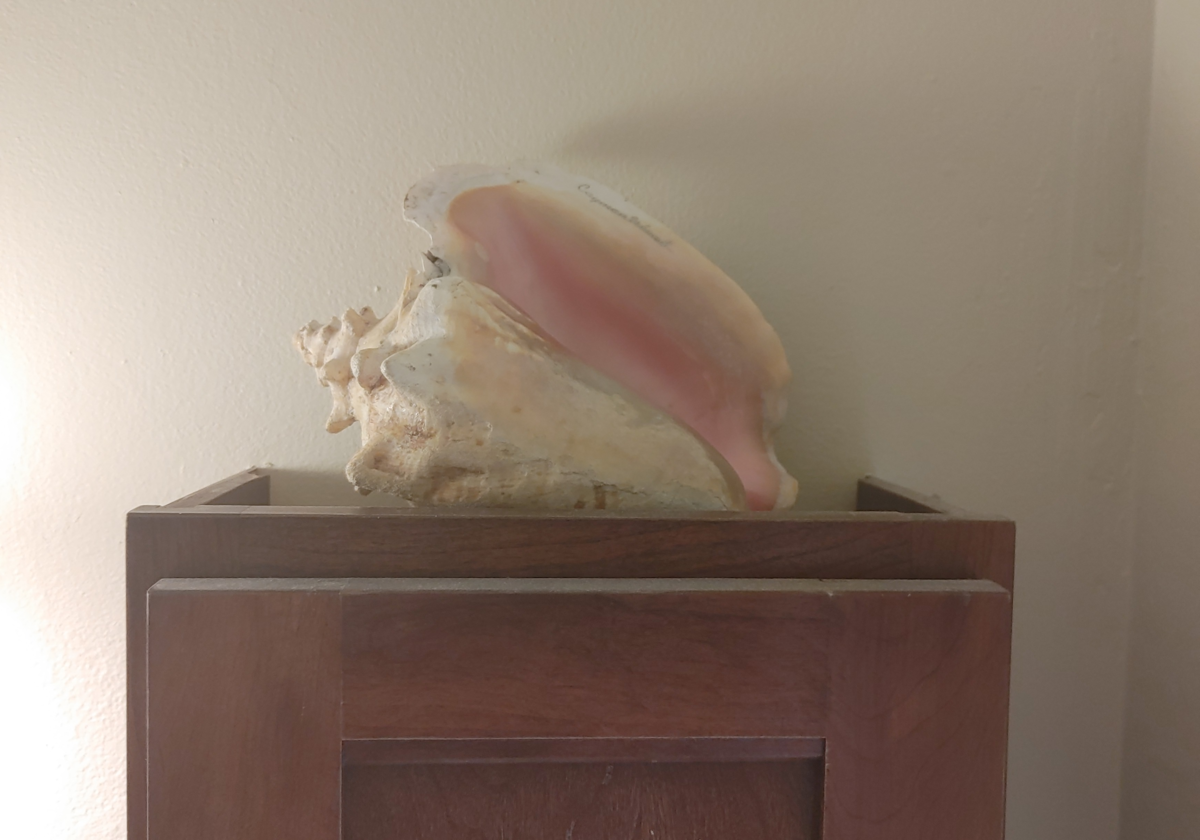 I have a couple different projects pulling on me again, and I'm not really sure which to start on first. If anything, it might be better to take a break from writing code all day after work to address other important things in my life. I did argue further in favor of the iframe sandbox attribute previously mentioned...I think I might be fighting a losing battle.

While my personal investment in this is getting Hatena Star to work on Sudo Haiku again, there's other very valid use cases such as navigation guards and clickjacking countermeasures.