Luckily I didn't crash. Have you ever seen a rotor break like this?? It was very alarming. My brake caused my car to veer into the right lane because the left one didn't work (obviously) and it pivoted around the right one.

Thankfully someone at campmeeting helped me figure out what happened and get it fixed up. ♡ 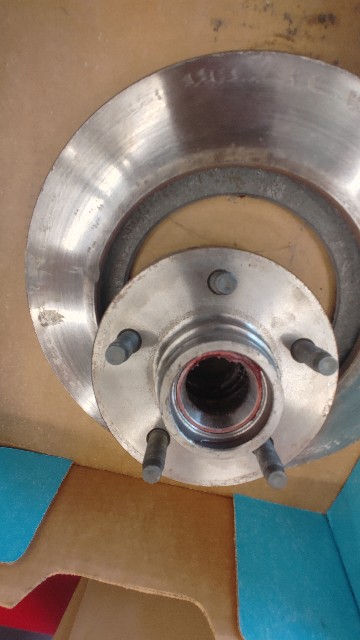 A message on one part of the Lord's Prayer

- Forgive us our sins *as* we forgive our debtors

- In the Father and Son there is no time and no space: the Trinity existed before time and space and will exist beyond time and beyond space

- God: F, S, HS exists in unity: nothing stands between them

- This is the model of forgiveness: "nothing stands between us"

- Despite his internal agony, the unity of the Trinity is not broken

- "That they may be one, Father, just *as* you are in me and I am in you" (let the perfect unity of the Trinity be displayed in all believers)

- What does it mean when the air between us is not clear? (Or, dirty air)

- Clear: There's nothing that stands in between you and I

We Can Be One

- **Forgiveness is the mechanism by which the air is made clean**

- and have nothing between you and another

- and have nothing between you and the Father

- Give and receive forgiveness equally